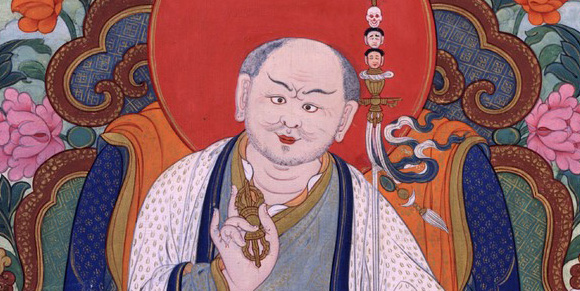 Buddhas are made, not born. We only need to be bold and think: «I’m able too». To know what to do next we go to the masters and their biographies. In them, we find the keys to the path and the inspiration to apply them. Jetsun Drakpa Gyaltsen (1141-1216) was the third founder of the Sakya school, and was renowned for his astonishing diligence and extraordinary legacy. His story reminds us that Buddhas were beings as common as ourselves.

He already showed signs as a child. Drakpa Gyaltsen sought solitude and not games, chased virtue and not desires, studied diligently and was not concerned with food or entertainments. No wonder: his father and elder brother were the founders of the Sakya lineage.

Drakpa Gyaltsen was not a monk. He received lay vows at eight, and kept them purely throughout his life; he was vegetarian, teetotal and celibate. Still, he revered the monastic order, and always sponsored a hundred monks to be in retreat.

His teaching career began early. At eleven, he amazed Sakya Monasteriy when he gave a profund commentary on Hevajra’s tantra. His father only had introduced him the basic points. Since then, Drakpa Gyaltsen didn’t stop teaching.

His education was unparalleled. After his father’s death, Drakpa Gyaltsen was tutored by the best scholars, translators and yogis; he devoured the collection of the Buddha’s discourses, studied the tantras and memorized every text available. 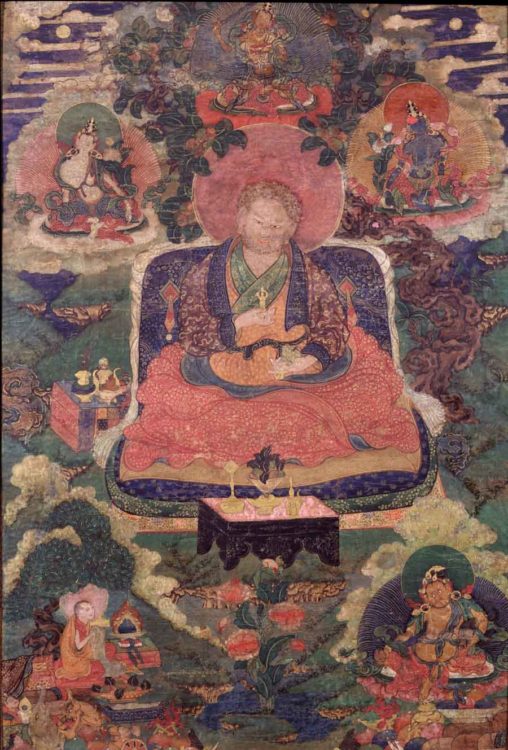 A bodhisattva in the Himalayas

He also carried public duties. He led Sakya Monastery on his thirteenth year, and was named 5th Sakya Trizin at twenty-six, a role he kept until his death. In sum, officially and unofficially, he directed the Sakya school for fifty seven years.

His legacy includes songs of spiritual realization, explanations on philosophy and tantric practices, as well as treatises on medicine, astrology and history. He also sponsored statues, stupas and a new temple for the monastery. As far as we’re concerned, Drakpa Gyaltsen pioneered the written transmission of the Sakya teachings, then only oral. We owe him that now, nine centuries later, we can study the Lamdre. 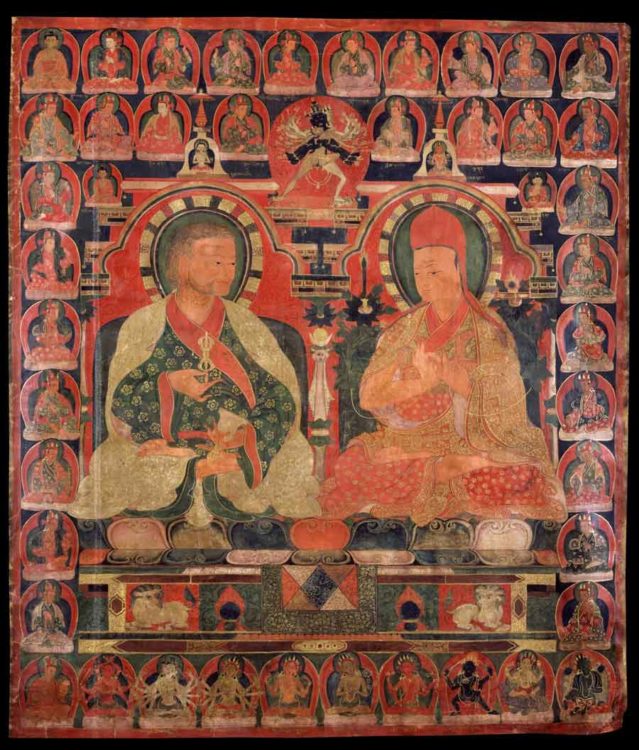 They’re secondary in Buddhism: better liberate an affliction than go through a wall. But sometimes they’re useful to inspire others…  exactly what Drakpa Gyaltsen did with Shakya Shri Bhadra.

Imagine you are an Indian monk and scholar. You go to Tibet to transmit the Buddhist teachings that are disappearing in India. You heard about someone named Drakpa Gyaltsen, a great practitioner and abbot who was also a layman, so you go to meet him.

You get to his retreat cabin. Drakpa Gyaltsen is making offerings to the Buddhas. When you enter, he sees your robes and hastily rises to make three prostrations. You realise that, in a hurry, he didn’t leave his vajra and bell on the table.

«This is an amazing sign of your realization», you manage to say.

«I didn’t do it to impress you», he answers. He vows to you three times.

Admired, you vow back to him. Your colleagues are horrified.

«Vowing to a layman!», they argue.

«Drakpa Gyaltsen is the real Buddha», you say while you glimpse, briefly, he’s surrounded by all the Buddhas and bodhisattvas. 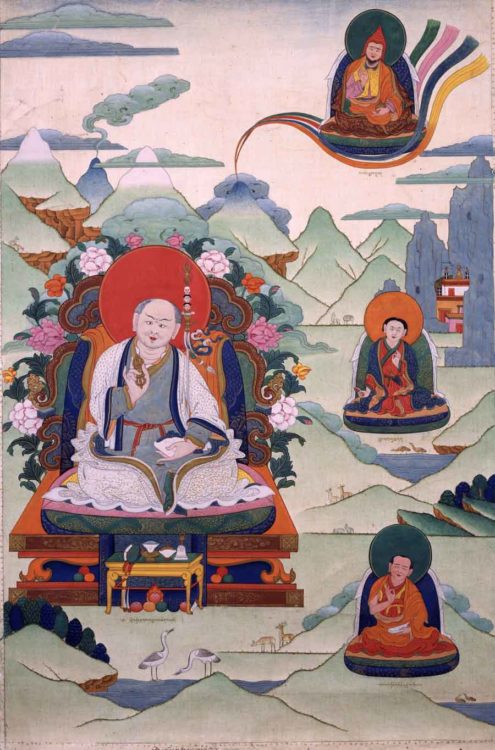 Drakpa Gyaltsen died when he wanted. Twice did he receive invitations to go to a pure land. He refused: he could still be of benefit in this life. Third time lucky. Aged seventy, Drakpa Gyaltsen entred into meditative absorption among a myriad of auspicious signs. Earthquakes, rainbows, music and a host of celestial beings manifested in the vecinity during the transition. The only belongings he left behind were his robe and meditation cushion.

His destiny was the pure realm of Amitabha, where he met again his teachers. After, he fulfilled his brother’s prophecy and was reborn as an universal emperor in the pure land of Golden Light, where he perfected his practice. In his last birth, his meditation culminated and he attained perfect Enlightenment.